It’s been a fair while since the last time I played a brand new tie-in game to a movie. These used to be very popular in the ’90s and early 2000s but slowly started to become rare occurrences as most tie-ins weren’t exactly game of the year material. As such, it was a surprise for me to find out that ‘The Angry Birds Movie 2’ that had just come out in theatres this summer had a videogame, a virtual reality one no less, that was worth recommending. The Angry Birds Movie 2: Under Pressure VR focuses on couch co-op fun that people of all ages can enjoy, as long as they’re able to assemble a crew of their own. 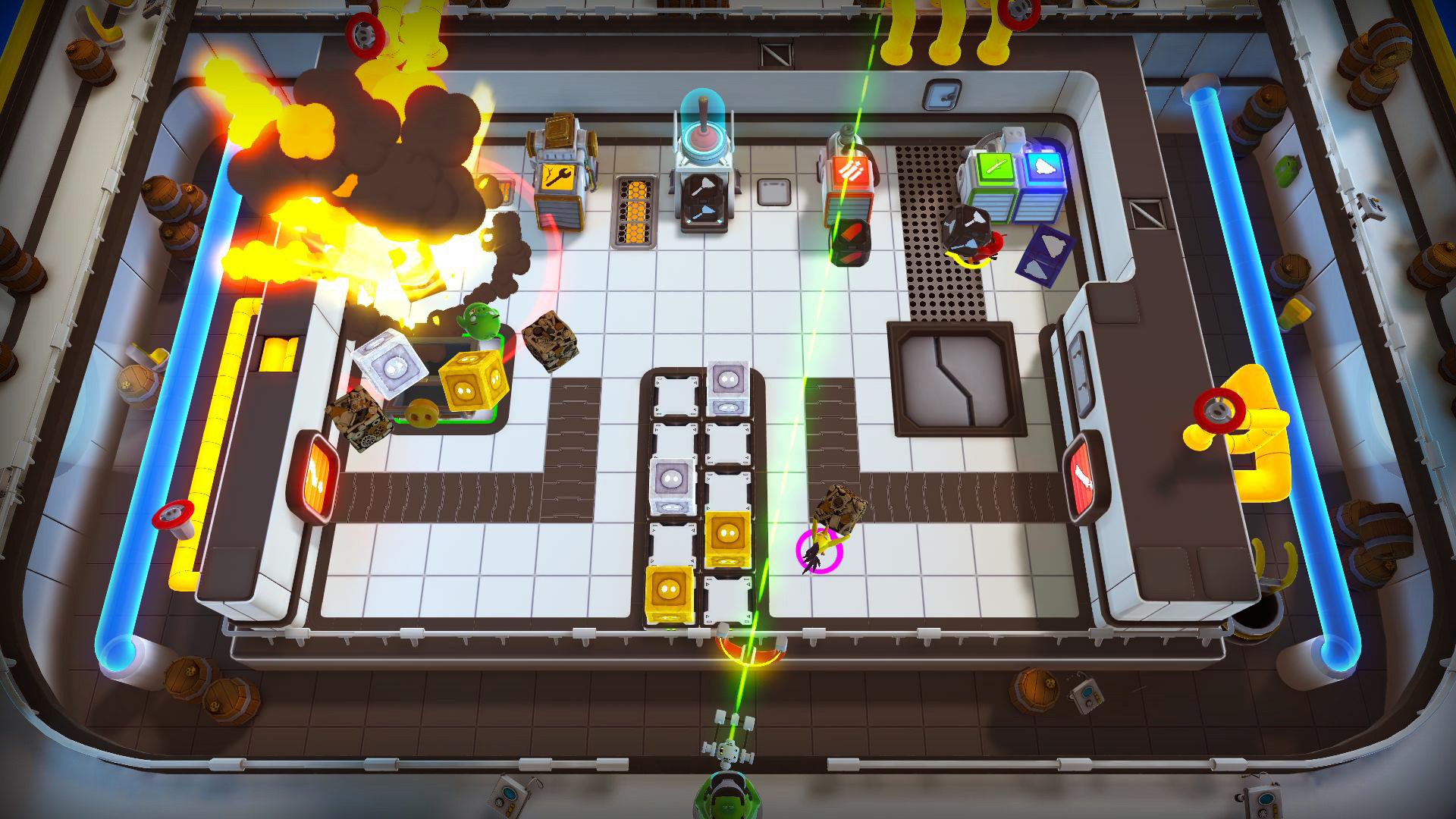 The Angry Birds Movie 2: Under Pressure VR takes place during the part of the movie where the crew leaves Bird Island in a yellow submarine to investigate the source of an imminent threat hailing from Eagle Island. This is quickly set up for those who still haven’t seen the movie by a few of the segments taken from the movie. While on your journey there you’ll be on the track of a sea creature that stole Leonard’s favourite crown, it’s a minor detail but it helps to give the levels some feeling of progress towards an end goal. 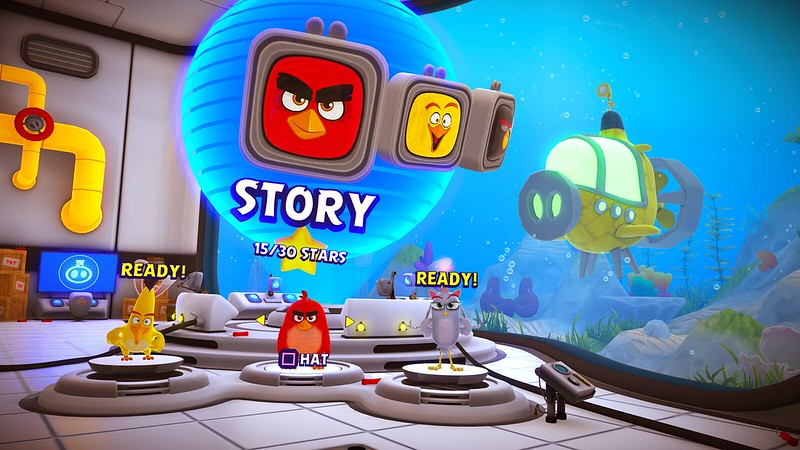 Each stage is a race against the clock to collect and secure the biggest amount of treasure while keeping your submarine in one piece. The player wearing the headset is the captain of the crew and as such has full visibility over what’s going on inside and outside the submarine. He’s also the one in charge of the Magnashot, a slingshot that can load itself with all sorts of items and even crew members. The Magnashot controls double as the controls for firing the submarine canons that can collect treasure laying at the bottom of the sea or destroy debris depending on the loaded ammo type. Keeping the canons loaded at all times is crucial to succeeding and requires a lot of teamwork and communication especially if you’re aiming for a high score. The rest of the crew members have an important task as well, as only they can grab explosives necessary to destroy certain hazards as well as keeping the deck secure from any dangers. This may sound like utter chaos, and it sure is, but you can rest assured that every little mechanic is introduced in a very comprehensive matter.

When you’re playing by yourself things can get just as, if not more, chaotic than with more players as you’ll constantly have your reflexes and micromanaging skills tested as you try to make ends meet as both Leonard and Red. The same gameplay mechanics apply to when you’re playing on your own but I honestly feel like there should’ve been some tweaks made to make things less frustrating when you’re playing on your own. Small changes like adding a crosshair to the Magnashot to make aiming easier or perhaps letting it grab pigium (pink explosive treasure) without blowing them up would’ve made for a more balanced solo experience. 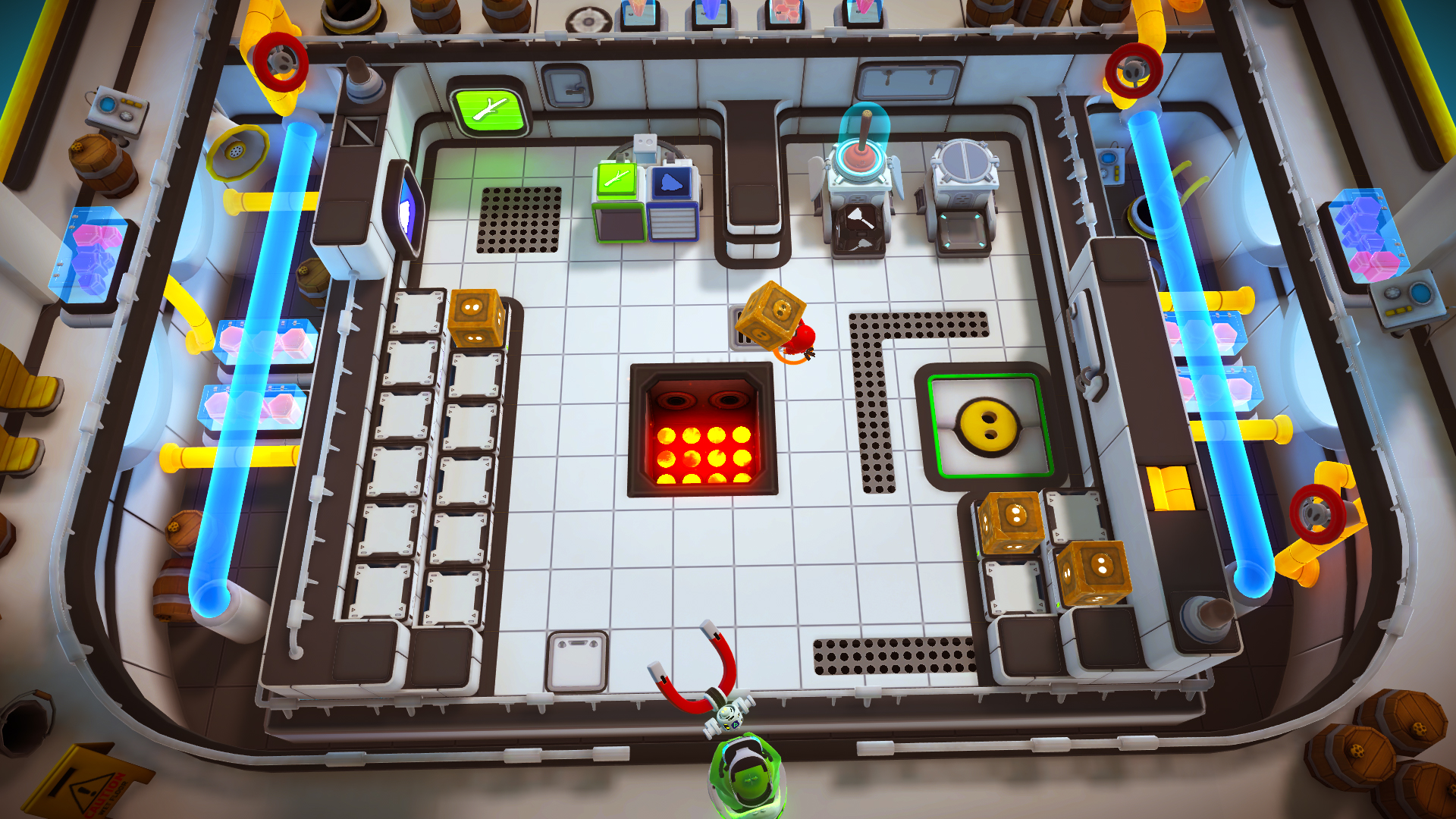 Getting Leonard’s crown back should only take you a couple of hours but you’ll still have a couple of challenge stages to tackle. There is a total of 30 stages in the game where, in good old Angry Birds fashion, you’ll aim to obtain three stars in each. Getting three stars in every stage is a daunting task to attempt on your own but it shouldn’t be too difficult with a group of friends. 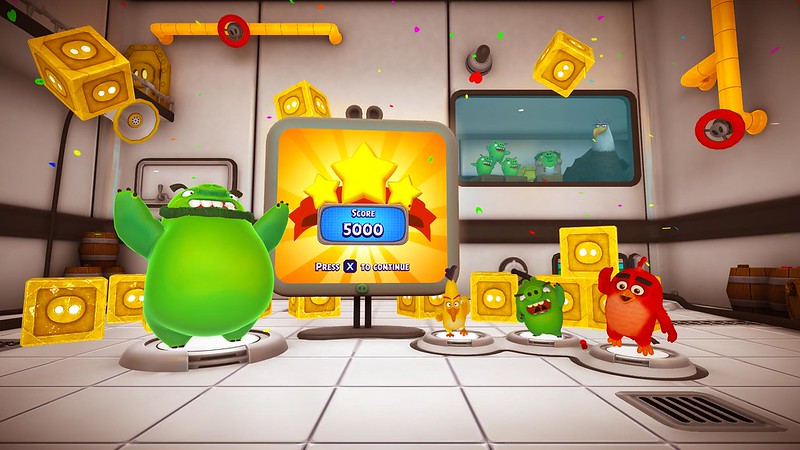 When it comes to co-op games available on the PlayStation VR, The Angry Birds Movie 2: Under Pressure VR is easily one of the best available right now. It’s gorgeous, brimming with personality and a blast to play with friends. If you plan to explore the ocean on your own, however, be prepared for a tough as nails multitasking experience.