Out of the ordinary

Control is a third-person action game developed by Remedy, the people in charge of such projects as the cult classic Alan Wake series and the not so well received Quantum Break, that mixes supernatural abilities such as telekinesis and levitation with third-person gunplay elements. The game takes place inside of a secretive government organization, similar to the FBI, simply known as The Federal Bureau of Control specialized in the containment and research of supernatural objects and phenomena. Inside of said organization, the player takes control of Jesse, the new president on her first day on the job. Things quickly turn south when you learn that the whole building in on lockdown due to the threat of a strange entity known as the hiss that kills and corrupts everyone that’s not using a device developed by the Bureau. You’ll be helping out several members of the bureau with dealing with the hiss and containing Objects of Power while keeping up with your own agenda. There aren’t any major plot twists or anything but part of the fun of Control is to explore every nook and cranny of the Bureau and experience the big set pieces first-hand. 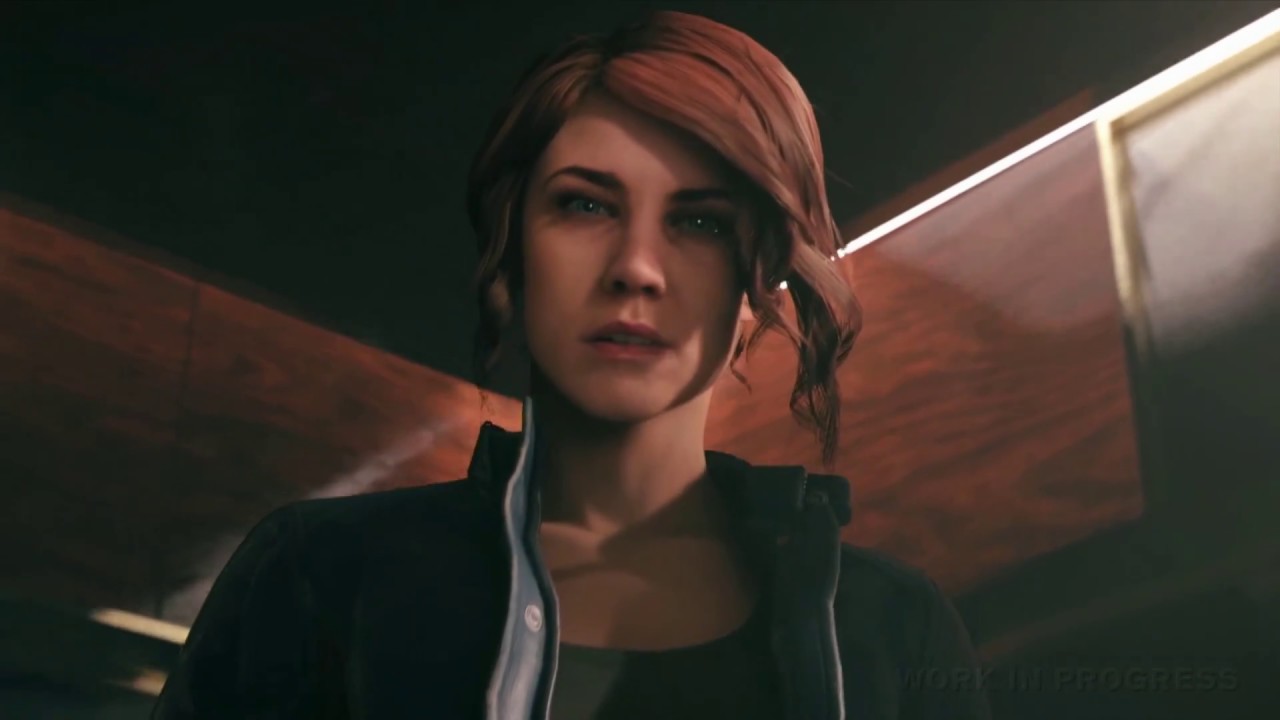 Remedy’s Control plays a lot like Infamous with a gun, I’m aware that this might be underplaying some of its mechanics but that was the first thing that came to my mind as soon as Jesse entered the astral plane and got her first ability, that feeling of playing as some sort of superhero kept growing the more I delved into this strange world and obtained more abilities. Said gun, the Service Weapon, has some special properties such as infinite ammo that recharges over time and it’s also able to morph into one of five different types. You can further increase the customization by adding perks to each type, these boost certain stats such as overall damage, accuracy and reload speed, among many others. There’s also a similar upgrade and enhance system tied to Jesse’s special powers which really gets the point across that Control‘s tight and satisfying gameplay is all about player choice. Sadly with so many upgrades and perks, there’s an inherent issue that plagued the game after the very first few hours, micromanaging a small inventory system. There are only so many things that Jesse can carry and once you’re full you’ll have to pause the game, open the menu and painstakingly destroy weaker upgrades to make room for newer, better ones. It might not sound like a lot of trouble but you’ll be constantly collecting upgrades from chests and every other enemy, after beating the main game I simply started to ignore them. 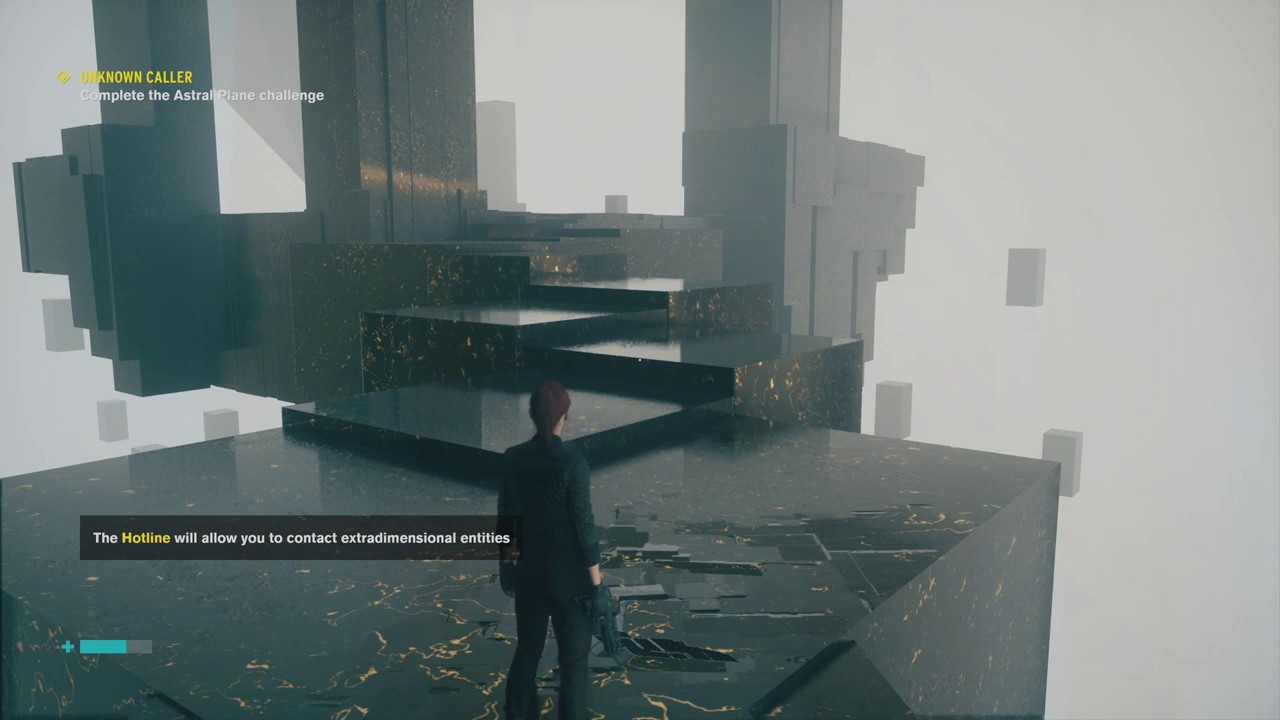 Every floor of the Bureau has a different theme with some elements that make each floor stand out from one another. Don’t get me wrong, there’s still a lot of sterile corridors and walkways, this is meant to be a governmental building after all, but places like the Black Rock Quarry in Maintenace and the mould-infested area in Central Research give the game just enough variety. The world comes to life with some stunning light effects, even on consoles, and great texture work especially on some of the objects after getting damaged. Character models, for the most part, looked fine as well if a little fuzzy around the edges, it’s hard to explain but it looks like there’s some kind of aliasing tech involved. There’s always a lot going on in the game at all times and the game does a fairly good job at keeping the performance steady throughout the whole game but there were some instances where the game would simply stop for a couple of seconds after completing the main objectives of the game. Besides these, there were also a couple of rooms with spawning enemies where the game’s framerate would take a nosedive once things became too hectic. It wasn’t bad enough that it made the game unplayable or ruined the experience but I feel like it should be addressed in a future updated. 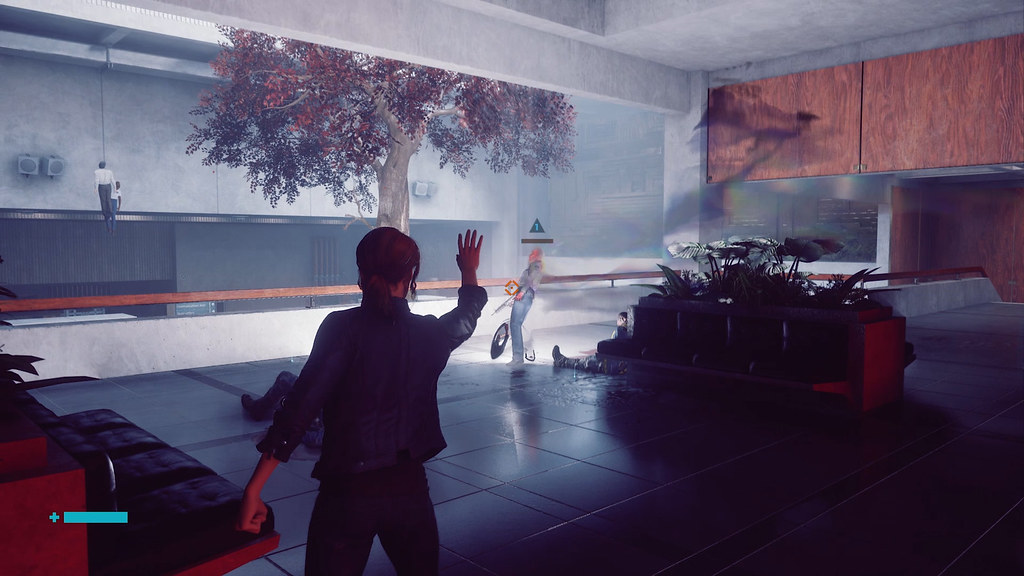 Everywhere you go, no matter where you look, you’ll most likely than not come across one of the hundreds of collectables that are scattered throughout the game. These come in a few different types, such as files, audio logs and even a few live-action bits that are shown through in-game projectors. I have to admit that watching someone speaking to you inside of a videogame feels eerie and unsettling for some reason, which kind of fits in with the whole mood and vibe of exploring this strange bureau. 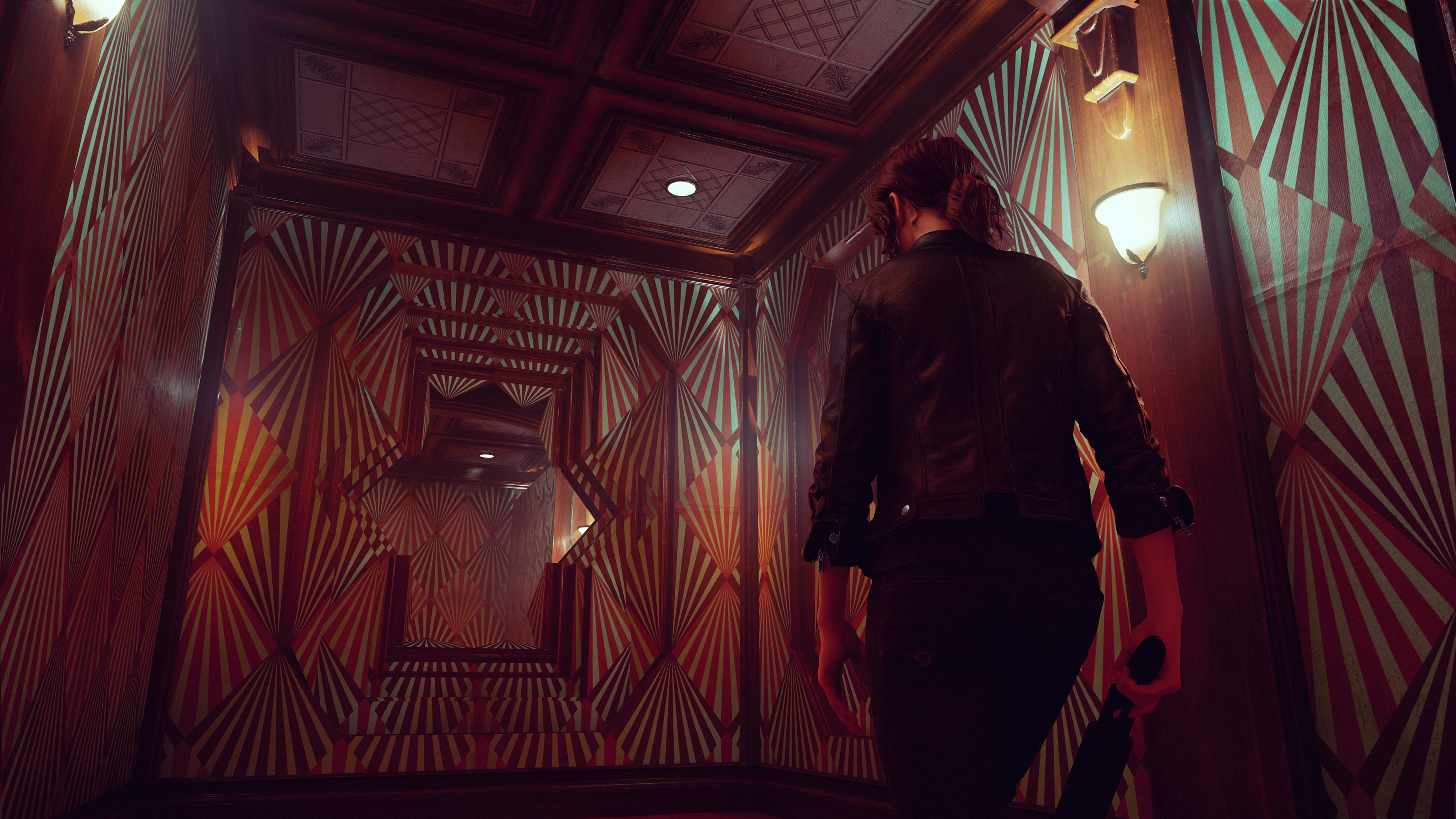 Remedy’s Control is a great action game enveloped in a mysterious supernatural story filled with strange characters and even stranger events. While its gameplay might not break a whole lot of new ground for the genre it’s still very enjoyable, even with the current performance issues on PlayStation 4. Despite this being my first Remedy game I’m happy to see such a beloved company come back with another quality game that they can add to their portfolio.