Pixel Ripped 1995 is the much-awaited sequel to ARVORE’s 2018 VR hit Pixel Ripped 1989 that managed to stand out thanks to its gameplay premise of a game within a game. This new title builds upon the groundwork of its predecessor to deliver a superior game in nearly all fronts. The game starts with a recap of the events of the previous game, how Dot managed to save both the game and real-world from destruction by the evil Cyblin Lord. Peace reigns once again in Far-of-a-Land but the evil Cyblin Lord manages to return and tricks Dot into unleashing an unfathomable source of power that allows him to leave the game world yet again. The plot is fairly simple and pretty much the same as the last time but the overarching story with the characters in the real world is surprisingly a lot more fleshed out this time which made for a more endearing tale full of pop-culture references.
These worlds are brought to life by some of the best visuals that I’ve experienced on Playstation VR. Every scenario looks incredibly clean and vibrant, the text boxes can easily be read without much effort, unlike most of the PS VR games, and all of the retro games look and sound incredibly accurate to something made in that time era. The previous game by ARVORE still looks great nowadays but Pixel Ripped 1995 is even more polished and impressive. It’s worth noting that the voice acting is also surprisingly good this time around, with over the top deliveries that fit the tone of the story perfectly. On the gameplay front, we’re presented with the same game within a game approach in which you control Dot through a controller as the player character in the “real world”. Just like in the first game, real world objects can be used to interact with the real world, mostly to distract whoever tries to shut off your game. There are also a couple of instances where the game world and the real world merge and you have to juggle between controlling dot and interacting with real-world objects in some way. This is where most of my issues with the tracking came into play, as every once in a while, no matter how many times I tried to calibrate the camera and recenter myself, I had a hard time reaching for objects placed in the world, which led to some cumbersome moments that ruined the immersion. 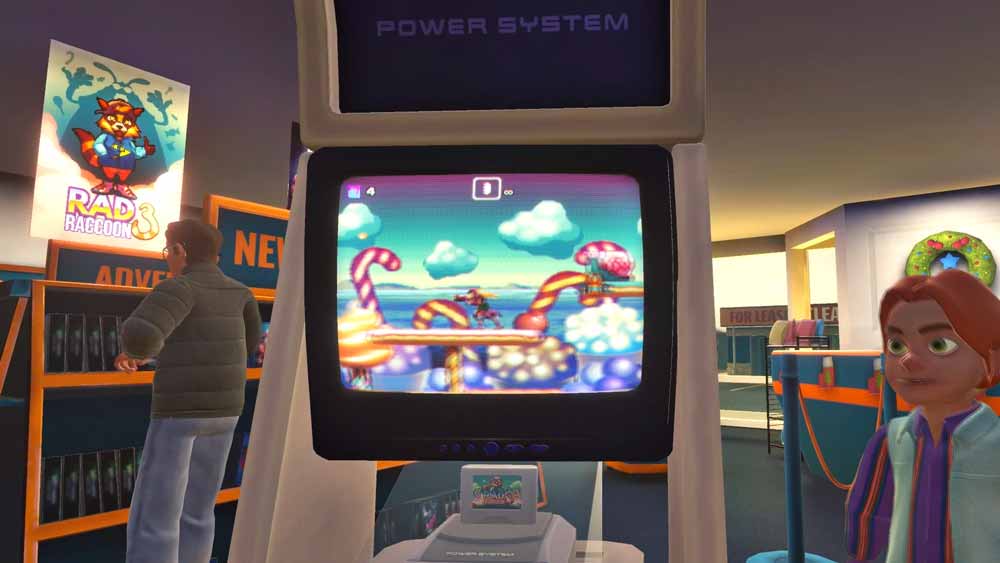 The games runtime is disappointingly short especially given the number of different game genres featured when compared to the previous game. None of the games has a whole lot of depth and serve as just a means to keep the story moving forward. I believe this is one of the few aspects that’s sorely lacking and that should be addressed in a sequel, I think that something as simple as improving the arcade plaza with a couple of endless score-based games would do wonders to its replayability. This time around you have a better trophy list to keep you busy that besides being more fun also features a platinum trophy.

All in all, though, Pixel Ripped 1995 is a major step up from the previous game by ARVORE and yet another solid addition to any Playstation VR owner library.