Not my pink wafer!

I’ve played a lot of shooters over the years and it might as well be one of my favourite genres now that I think about it. There’s something about the high score chase, flickering coloured lights and the difficulty that is usually associated with these kinds of shooters that I find extremely amusing. Entering the fray on the PlayStation Vita we have Son of Scoregasm, a new top-down twin-stick shooter developed by Charlie Knight, a man who clearly knows what makes a shooty game fun. While Son of Scoregasm might resemble other twin-stick shooters there are a few unique aspects that manage to make it stand out.

One of the said aspects is the plot of the game. If you play through the tutorial you’ll learn about the driving force behind you going on a shooting onslaught is rather amusing. Space baddies are threatening the planet Earth and have managed to steal the tasty treats of its king (yes, Earth has a king in this universe) in the process. Your task is to take the fight to them and return the king’s snacks to their rightful owner. 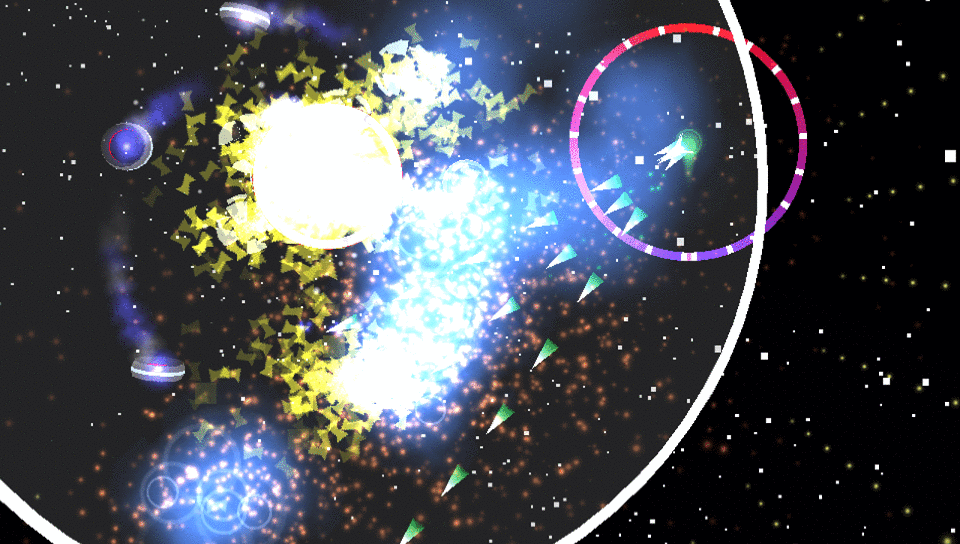 In order to do this, you have to get through all 28 stages in the game, which are branched into seven paths with a boss battle at the end of each. By clearing a stage you’ll be given the option to take an easier or a reward filled harder path. These stages are sort of arenas in the form of basic shapes filled with many dangers that will constantly try to take you out, if you’ve ever played Geometry Wars you’ll have a basic idea of how these are laid out. The key difference is how the game handles its multiplier. I felt incredibly confused after beating the first stage with 0 points, but once I realized I had to use my ship’s pulse to build my score everything clicked and added an extra layer of complexity to the game as I kept replaying stages to try and maximize the enemies that I could take out with the pulse instead of using regular bullets while balancing the two. 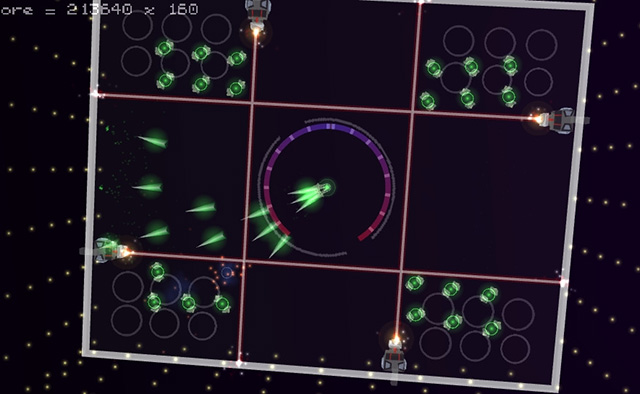 Despite not being technically impressive, Son of Scoregasm manages to be visually appealing. There’s always a plethora of colours bursting on screen, be it enemies, hazards or your own bullets although I’ve never felt like there was a lack of clarity of what was going on. I never felt like I was dying from not being able to tell what was going on and that’s a sign of a well-designed shooter. Still regarding the presentation of the game, the music composed by Jon Marwin, on the other hand, was quite underwhelming. There are only a few tracks to speak of and while they’re quite alright none of them really stood out giving me little reason play the game with the sound on which was a real shame. Shooters usually have that one track that you usually associate them with and that’s not the case with Son of Scoregasm. 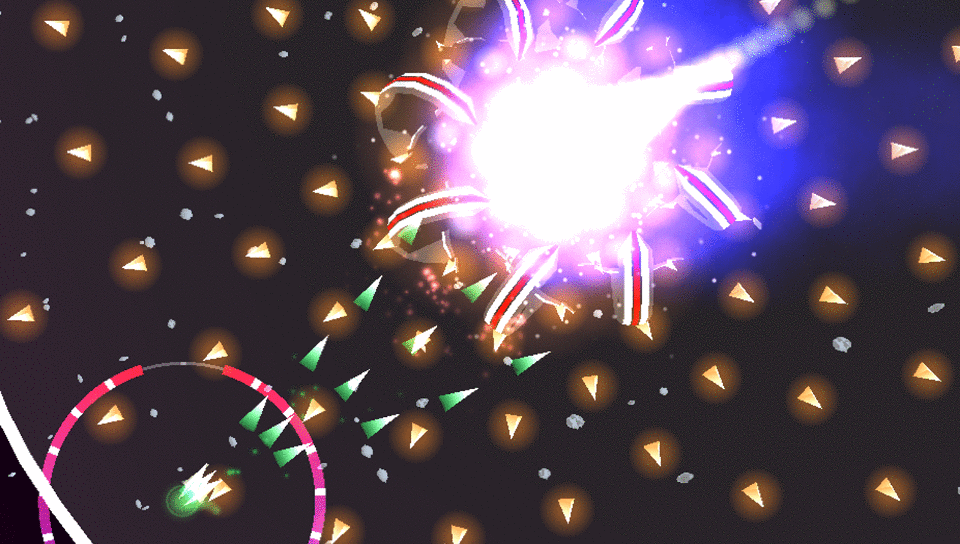 The game might seem a bit short on content but some of the stages of the hardest paths are utterly relentless, I’m looking at you Still Mean. Besides this, you can try to collect all the medals in the game by beating a certain high score in each or try to get through the game on a higher difficulty. There are also online leaderboards for each individual stage as well as a full trophy list but it sadly is missing a platinum. 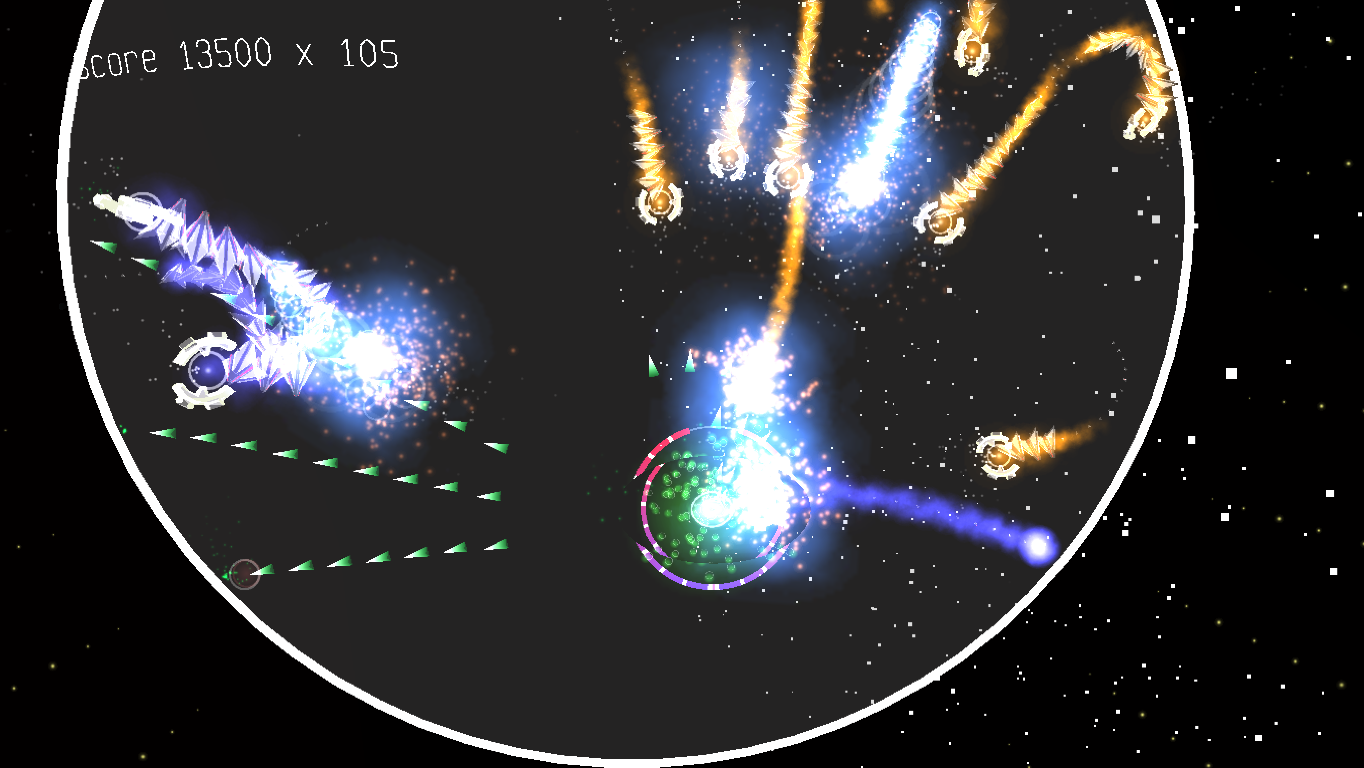 Son of Scoregasm won’t win over any newcomers to the twin-stick shooter genre but its score system is very clever which enhances the addictive nature of these kinds of games, add to this the portable form factor of the PlayStation Vita and a ton of both enemy and stage variety and you have the recipe for a successful last shooter hurrah on Sony’s handheld.